Welcome, football fans from around the world!
Use FBref in:
Português · English · Français · Italiano · Deutsch · Español 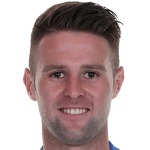 FBref.com launched (June 13, 2018) with domestic league coverage for England, France, Germany, Italy, Spain, and United States. Since then we have been steadily expanding our coverage to include domestic leagues from over 40 countries as well as domestic cup, super cup and youth leagues from top European countries. We have also added coverage for major international cups such as the UEFA Champions League and Copa Libertadores.

FBref includes what we believe is one of the most complete sources for women's soccer data on the internet. This includes the entire history of the FIFA Women's World Cup as well as recent domestic league seasons from nine countries.

In collaboration with StatsBomb, we are including advanced analytical data such as xG and xA for select competitions. For more information on the expected goals model and which competitions are covered, see our xG explainer.

Note that player records are likely not complete for their careers. Players may come from or move to leagues we don't currently cover. This issue will go down over time, as we add new leagues and seasons. We will never in the future have less data than we do today. FBref is currently ad-free. The only payment we will ask for is that you let us know if you find an issue, so we can get better and better.

You can sign up to receive an e-mail when new countries and features launch.

For more information, see our Launch Blog Post, the overall leagues/competition page with details on leagues and seasons we include, or our About Page. Let us know if you find an issue or have a suggestion.

FBref is one of seven Sports-Reference.com sites.